As I mentioned in the previous post, I recently created a space in my bedroom for a home office.  As a result of the transition, I realized a drastic need for more shelving.

I decided on attempting to build a hutch that could sit on my hope chest.

Several months ago, I came across some old cabinets that someone had disassembled and put by the dumpster.  I talked to the building guy and he gave me permission to take anything around their dumpster that I thought was of value.  Since the cabinets were built out of 3/4" plywood, something I desperately needed, I had grabbed the 3 best looking sections, loaded them in my mom-mobile, and brought them home. 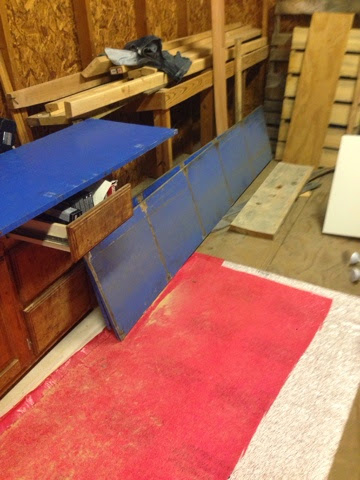 In order to use them, I had to cut off the bad spots, and pull out all the previously existing nails and hardware, then sand them down, THOROUGHLY.

I measured the width of my hope chest and decided on the total height, then cut the plywood into 4 sections, 6" wide.

Two sections for the vertical and 2 sections for the horizontal.  Sanded every section, again, then used screws to assemble into a simple shelf.  When I got it put together, I was a little nervous about the true stability of the middle shelf, so cut another piece to act as a brace in the middle.  Then realized it might tip over easily if I didn't offset some balance, so added a small 2" cross bar along the back bottom to provide additional support. 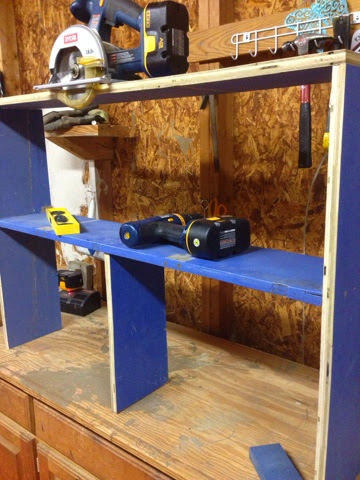 That seemed pretty stable, so I started painting it.  Because it was already blue, and I was using the red I've grown fond of, it took MULTIPLE coats to cover.  I would paint it, then let it sit for 4-6 hours in the heat of my shed, in the back yard, in the middle of May, in Texas, then go back and put another coat. 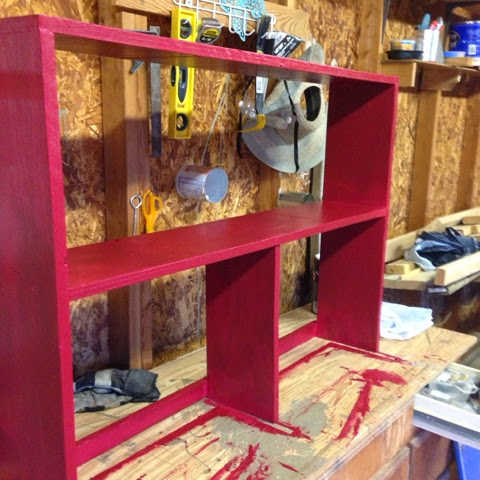 When I was comfortable with the coverage of the red, then I decided to seal it, for good measure.  I had some old polyurethane that came with the house and shed, so opened it and applied it.  Evidently, sitting for over 4 years in the extreme heat and cold, reduced the efficacy because it never hardened, just stayed tacky to the touch.

So I pulled out the spray sealer that I used for all the glass bottle projects back in the spring, and put a couple of coats of that on the shelves. 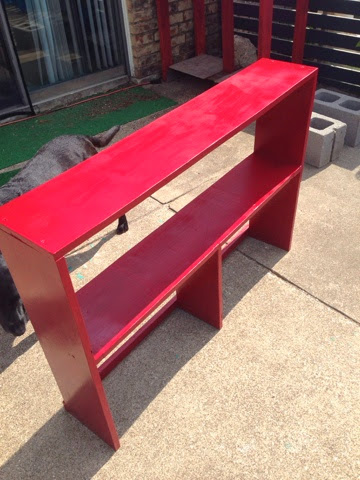 After letting it dry/harden for 24 hours, I moved it inside. 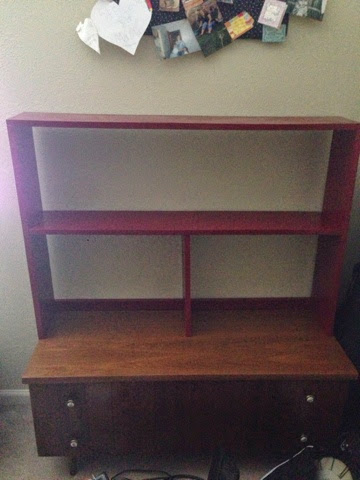 It's not something you'd find at a fine furniture store, but for the cost of my time, I'm actually pleased with it.  And it is certainly sturdy enough to hold everything I've stacked on it.  At some point, I've seen cute little folding baskets from Dollar Tree that I'll buy to put the files and junk in, but until I know what my job situation is going to be, I'm hesitant to spend much on non-functional stuff. 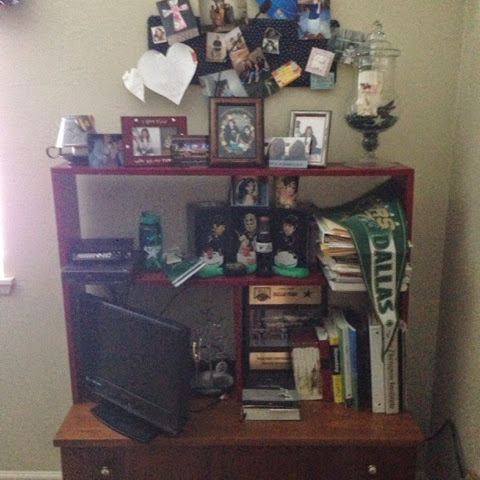