I happen to have an endless supply of glass Torani bottles, and have been trying to come up with creative ways to reuse or repurpose them.

I tried several of the things on Pinterest, but it takes so long to drill a hole in the bottle without a diamond bit! Here's what I had after 30 min of drilling. 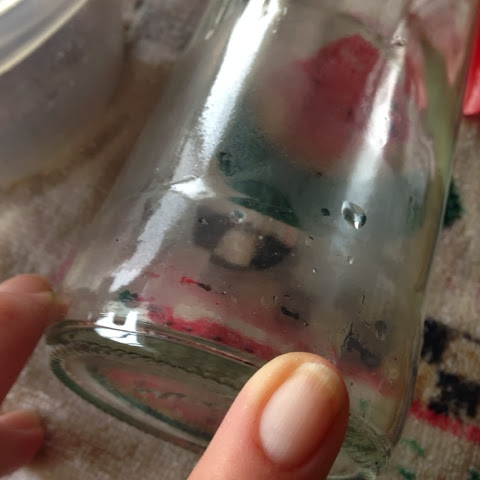 Then I remembered seeing where they had painted the inside of a bottle as a means of decoration so I tried that.

The only thing is, the acrylic paint I already had doesn't dry very quickly on glass. 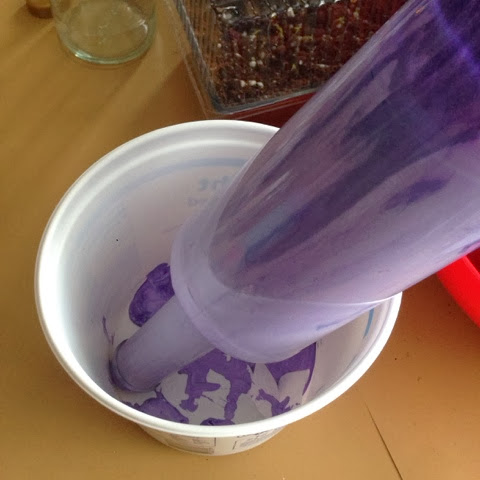 I let it sit upside down for probably three days and it still was tacky to the touch. In the end, it didn't turn out like I had planned, but I do like the result. It's still not what I was going for, so I'm not sure what I'll use it for. 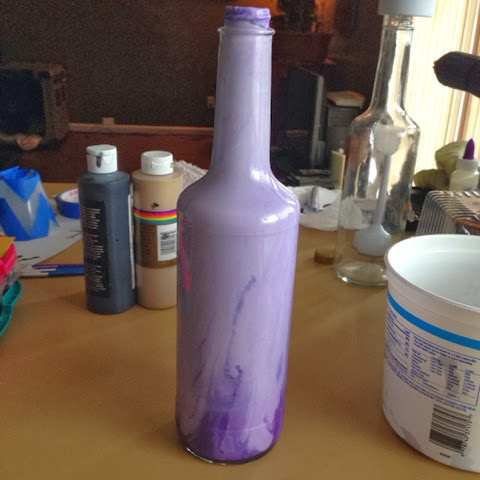 But I do like the marbled look of it. Planning to do about three or four of these in green for a St. Patrick's Day party.

Still didn't have anything that I would give to anyone as a birthday gift. So then I pulled out my stencils. 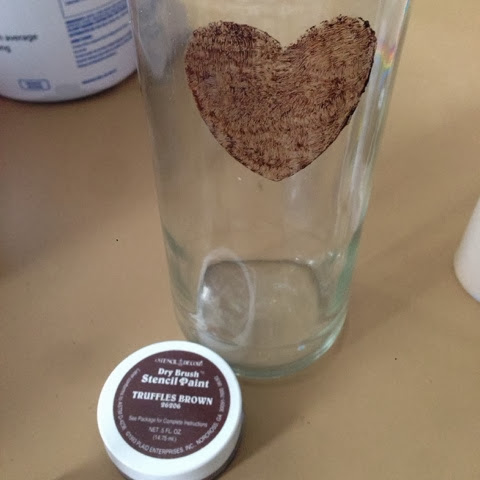 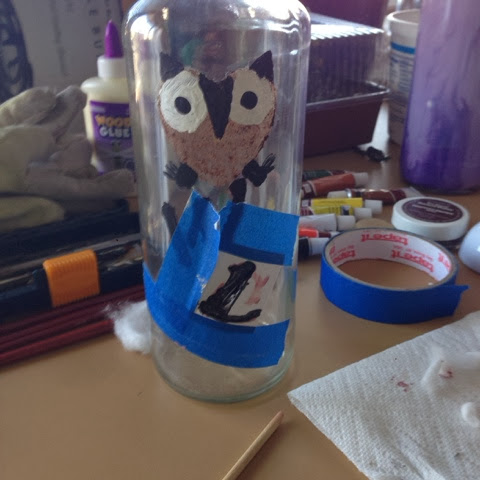 And did some painting on of letters. I have a friend who is crazy about owels, so that's the theme I went with. 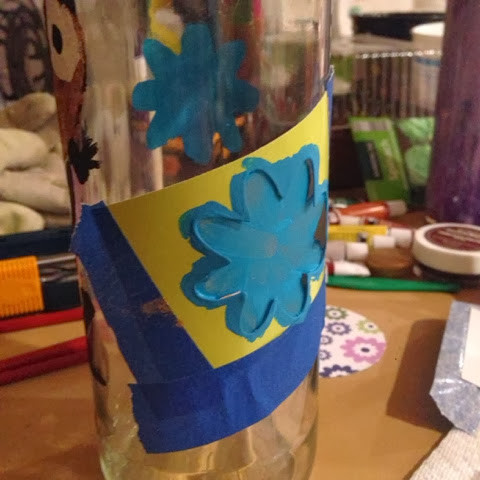 Added some cutesy flowers, just to spice up the bottle.

Then I was in Dollar Tree, and I saw their solar lamps, and thought I bet I can use that! So I brought it home, and did a little blinging. 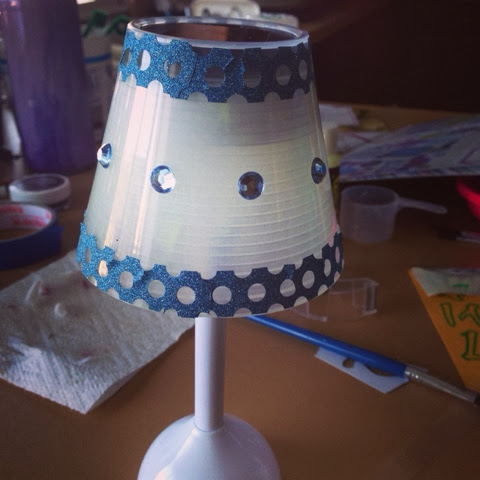 Took the solar part and lampshade off of the table lamp, and put it on my bottle. 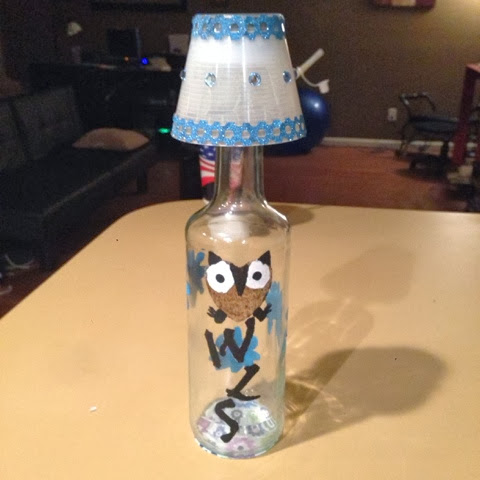 Cut out some coordinating scrapbook paper and glued to the bottom of the jar, just to tie everything together. I think I like it!

Posted by The Make-Do Queen at 7:07 AM No comments:

Day 1 at the gym. Considering my total goal was to get out of bed and make it there, I'm very happy with my 20 min on the bike.
It's nice to accomplish goals!!
Only 6 more weeks till softball season and if I don't start working out now, I'm going to have way too many injuries.
Posted by The Make-Do Queen at 5:39 AM No comments: