I really thought I had already talked about this. It was a very interesting project that I did last summer. But it turns out, I've not posted it. OOPS!
So, 4-years ago I bought this house. One of the big selling points was that it came with a really amazing shed that had electricity and storage and all kinds of interesting things already in residence.
The issue was that I have two dogs, and getting to the shed in the dark or when it has rained was always a less than pleasant experience. 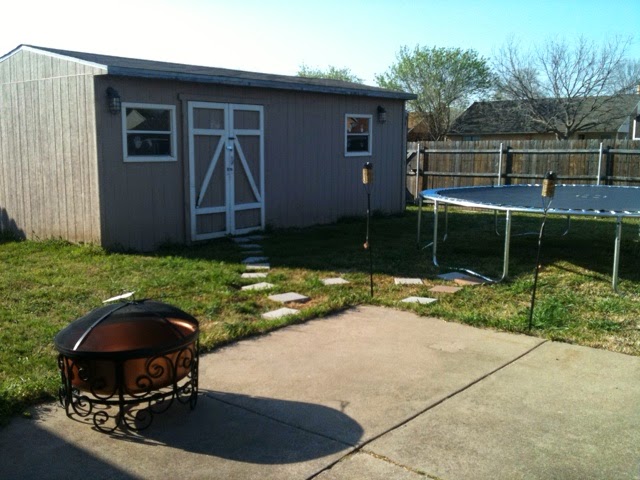 I put down those cement stepping stones, but when I re-did the entire yard last summer (Wait, I haven't talked about that yet either? Double oops), the pavers became less than practical.
I really have tried to use reclaimed resources as much as possible, because I don't have the $$ to spend, and I had found some really great old boards and talked a friend into helping me haul them home. But I was at a loss as to how to make them a raised walkway without spending tons of money on brick or rock or more wood. 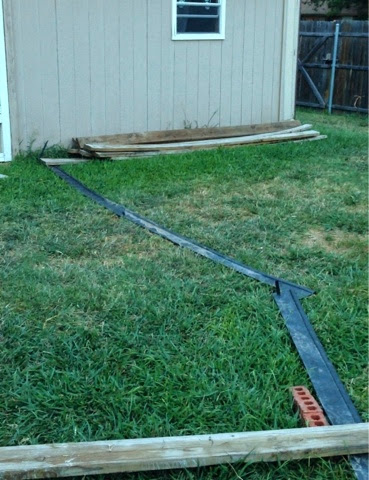 One day, I was staring at the pallets I had left from another project and an idea popped into my head. I quickly borrowed a truck and brought home more pallets and started to plan.
First, I layed down some landscape fabric to stave off grass and weeds from growing up under my walkway. Then I started placing the pallets down, with an idea of them providing as much support as possible. 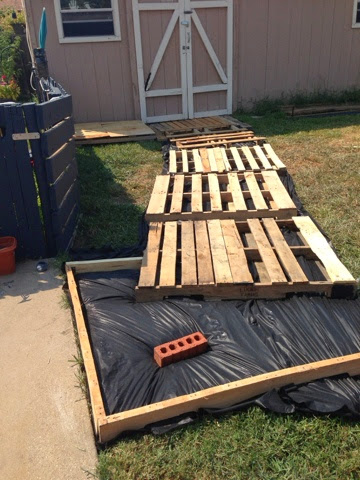 It took some thinking to avoid big empty spaces, and since I wanted a clear boarder, I added in several 2x4s cut to length in spots, but finally I was able to lay my reclaimed planks. I did have to build a transition stoop at the shed doors, as the pallets were higher than the door clearance would allow. The previously mentioned stash in the shed provided excellent wood for that. 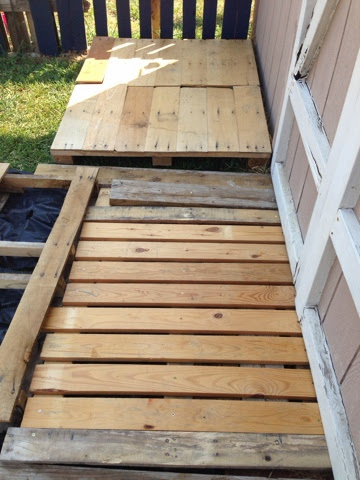 I used long deck screws to connect the planks to the pallets, added in some old landscape border I pulled from another location in my yard, and used some bricks gifted from a friend to finish it out. 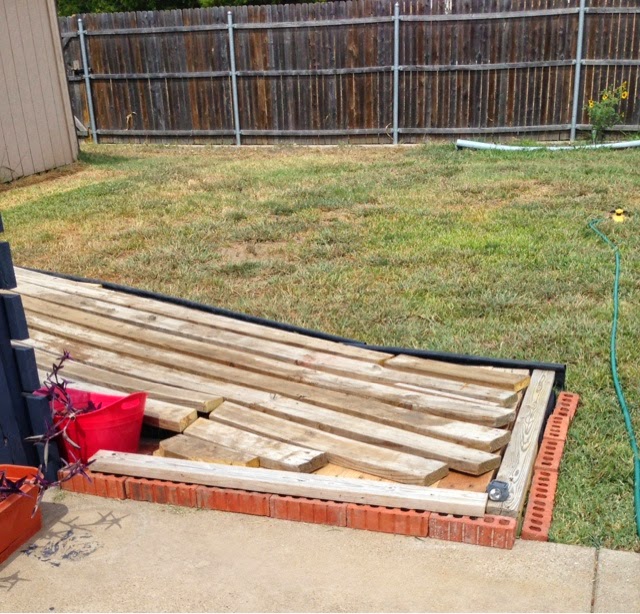 I really like it, actually. It is very functional, and the wood was already weathered, so the look was right.
NOTE: As you can see, a couple of boards were pretty warped, and over the last year, as I have seen long boards laying around, I have hauled them home and used them to replace those warped boards.
I've also added in some of those Dollar Tree solar stake lights so I can see the path in the dark. I need to get out there and mow so I can post an after-after picture.
Total time: a solid weekend, with the hauling and placing and cutting
Total cost: $8 for the box of deck screws.
Outcome: success!
Posted by The Make-Do Queen at 7:11 AM