Since entering that 2x4 challenge, I've been trying to build/create and post YouTube videos. I felt so bad that I had all these subscribers (a whopping 14), and almost nothing for them to watch. Ha!

I must admit, though, my heart and comfort are with the written word and still pictures (does anyone actually like how they look or sound in videos????).

At any rate...one night I built a fire in my fire pit, and D2 (2nd daughter) brought her homework, a flashlight and a blanket outside and completed it by the fire. She commented on our need for a side table on which she could set her drink and music, and it got me thinking. Here's the fire. It was really nice. 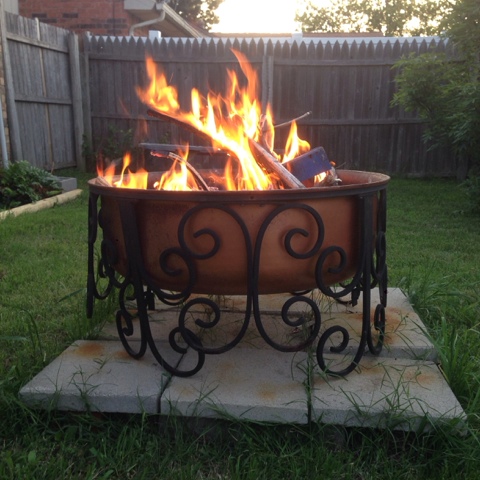 The next day, I went out to my shed to see if I could figure out a side table for outside, with existing materials. 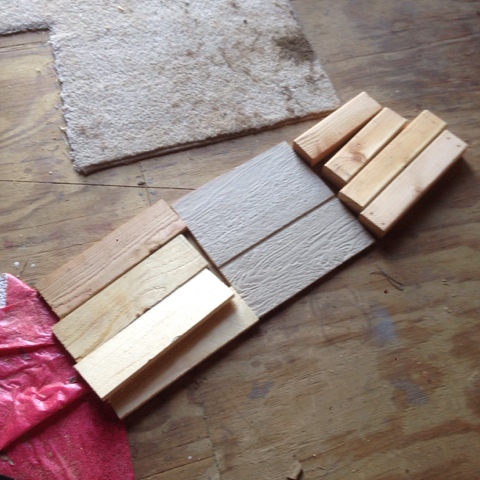 First, I grabbed some scrap 2x4, and built a rough frame. Then I painted some of my fence picket scraps and using my new Ryobi Brad nailer, affixed them to the side of the frame. I had some extra tile that I used as the top. I used construction adhesive to glue it to the wood frame. 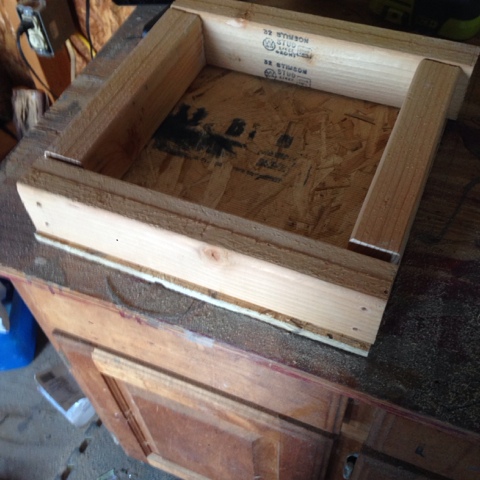 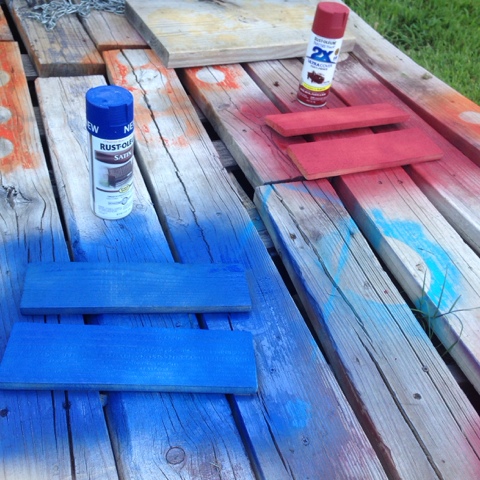 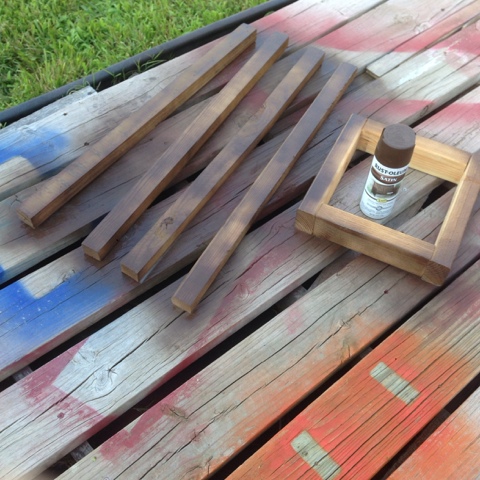 At first, I used some reclaimed scrap wood for legs. I painted them and then wrestled with how to connect them to the table. I used screws and brackets and didn't have enough clearance in the 12"x12" space to get all the screws in good and tight. It was frustrating!! 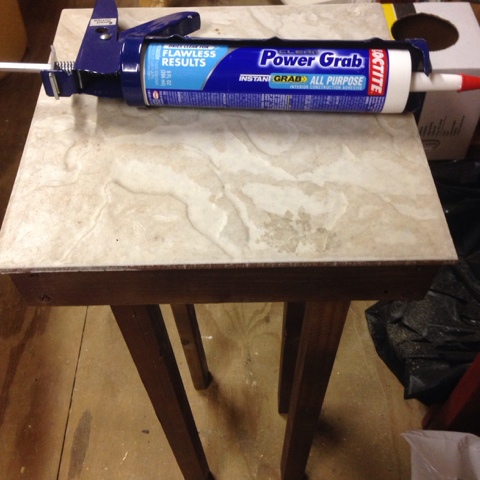 Once I did finally get them on, I realized that the legs weren't even close to straight, and the table seriously wobbled.

By then, I was tired and frustrated and felt like I would just have to live with it, and after all, it was scrap and would be outside being constantly degraded, so why did it matter? And I set it outside and went to bed. 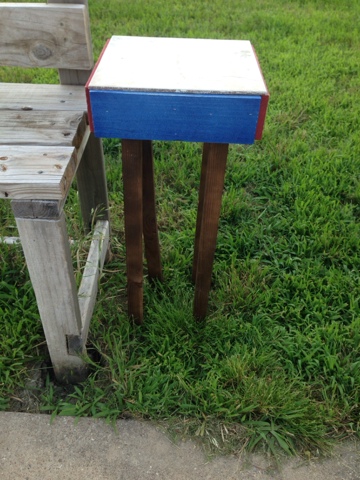 I probably would have left it like that and just thrown it out, eventually, if the dog hadn't gotten involved.

We got so mad about her tearing up the wall, (see YouTube videos) that we chained her outside for a while. She wrapped the chain around the table and knocked off one of the legs. Now I had to fix it!

So, first I cut the legs off to the point where the one seemed to bow the most, which made a big difference. By then, the girls had given me a Kreg Jig R3 for Mother's Day, so I used it to drill pocket holes in the legs and between that, and the shorter/straighter legs, the table became instantly better! Now I actually liked it and wanted to improve it. 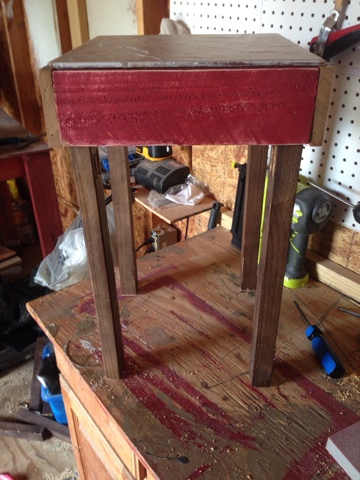 I measured and cut more fence picket pieces and stained them with weatherproofing and used the Brad Nailer to place in the empty corners. I also went over it all with a sander to smooth out the rough spots.

Then I got to work on repurposing some other patio items. Here's the picture of those. Hopefully, I can get it all written up shortly. 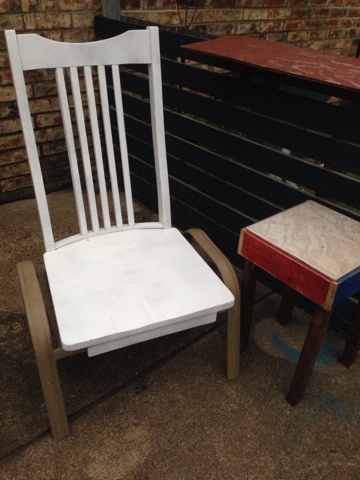 Total cost: $0 Materials on hand
Total time: maybe 3-4 hours total, mostly me trying to figure it out and re-do it.
Outcome: SUCCESS!!

Now go make something of your own...